About the dangers of working in “star” teams 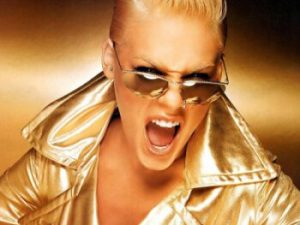 Many musicians who have never worked in the accompanying compositions of national pop stars naively believe that for the musician this is an undoubted success, contributing to further professional and career growth. Speaking at the stadium, in the spotlight, surrounded by cameras is considered more prestigious than playing in a restaurant or a small club. Yes, it is worth adding to this, many people think that the musicians of the “star” groups receive some exorbitant salary. As a result, they have the opportunity to buy expensive instruments, professional equipment, as well as apartments, cars, etc. Of course, it is quite logical to conclude that working with stars is beneficial because the musician of her team gradually acquires acquaintances, connections that give hope for the future. As the saying goes, “do not have a hundred rubles, but have a hundred friends.”
Investigating my personal experience, as well as the experience of my friends, who have worked for many years and work in accompanying compositions for the “stars” of the national stage, I wrote this article. Her goal is to dispel illusions on this score, as well as to show, in my opinion, a more correct, honest and, most importantly, more promising career path for a musician.
So, let’s try to consider in more detail the perspectives that life in the star team promises us.
1. Improving social status or pursuit of prestige
Of course, in the eyes of the uninitiated public, the musician of the star team looks more cool than the unknown jazzman virtuoso, who is known only to narrow professionals. Some musicians even give birth to something similar to an identity card, such as, “Mr. X is an artist of the ensemble n / a SuperStar”. This sometimes works, for example, you can wave to a GAI officer, let her go, they say, I’m late for a government concert. Even more effectively, it will act on the conductor on the train, on the taxi driver, on the cashier at the ticket office … However, all these things work, as they say, only on the sucker. In the musical environment, the musicians of star groups have no authority, since in a professional sense they can never prove themselves, even being very talented. The only exceptions are those who won the recognition of their colleagues before joining the star group, playing earlier in the ensemble, which really required a high level. The musical material of pop stars cannot be a visiting card for a musician who strives for perfection in terms of performing techniques and searching for his musical vocabulary.
In some respects, arrangers, composers and writers are in a better position. They can somehow declare themselves and make themselves a start for a successful career, working with the stars. Therefore, many musicians, realizing all the futility of honing performing skills (it is simply not required in this genre), switch to other activities, losing purely performing skills.
Thus, the musician does not improve his status in the professional environment, does not gain any authority in the music world, but rather, on the contrary, gradually loses it, forever flying out of real game practice. Of course, this applies only to those who truly strive to “sing their song” in this life. And it often happens that the work of the stars redefines life guidelines. And this is the main harm of the work of the stars – the musician goes out of his way … Having attached to someone else’s lukewarm “bowl”, getting his “solder”, the musician stops striving to go his own way. And he gradually loses his talent, which, as everyone knows, requires a special creative environment to develop.
2. Material benefits
Most musicians go to work for pop stars solely in order to have a stable income. It’s hard to imagine a real musician who would truly love domestic pop music (of course there are exceptions) and would dream of playing in any group for musical or ideological reasons. And the first time, getting into the star team, the musician really feels material gain. But this is only the first time … Stars pay salaries to musicians according to market laws, i.e. the minimum amount at which a person will work without quitting. Of course, this amount is enough to buy food to maintain physical existence and clothing in the Chinese market. But talking about real estate or more or less decent movable is not necessary! All those pools, houses and cars of the stars, which they boast on the pages of magazines, have nothing to do with the musicians of their groups. I say this for those naive who believe that the distance between a star and a musician is less than, for example, the distance between a driller on a tower and the president of an oil company.
Many may think like this: “I’m digging for some money, I’ll buy equipment and tools for myself and start making my own group …” Practice shows that it’s impossible to save money. Years go by, and there is no money and no music … And most importantly, there are no prospects.