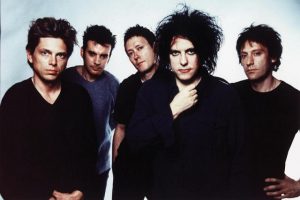 It happens that the fashion for old things is back. This happens with music. Recently, post-punk is gaining increasing popularity, starting with narrow circles, and, gradually, capturing all the new listeners.
What is this genre? First, a little history for people who have no idea about it. Post-punk is a genre of music that appeared in the UK in the late 1970s as a derivative of punk rock. However, these areas are very different from each other. Punk bands deliberately used simple musical arrangements without resorting to complex guitar solos. The vocals also did not differ in complexity, often they were screams. Technically, the music was simple, energetic and aggressive, but the lyrics often touched on important social and political issues. Punk rock – music of protest, music of insurgents. In post-punk, the melodies are also not particularly complex, but they are not so sharp, they sound melodious, slow, monotonous. More experiments, sometimes you can hear electronic music, keyboards. The lyrics are usually depressive and melancholic, vocals aloof, low. This rule refers to the classic post-punk of the late 70s, which will be discussed today. Why? Because even in Soviet times, many domestic groups grew up in the British post-punk, and some imitated him, which you can be sure of if you wish. It was a long time ago, but recently in Russia this genre began to gain popularity again. Many of his underground performers have appeared, but there are also quite well-known and interesting groups (we will analyze them at the end separately).
If you know something about post-punk, then exactly (well, 99.9%) have heard of Joy Division. The group lasted only about three years and fell apart after the singer’s suicide, but had a huge impact on the development of this genre of music. The influence of Joy Division is noticeable in many musical groups to this day. The standard of deep melancholy in music and hopelessness in the texts. The band’s image is complemented by vocalist Ian Curtis with his indifferent voice and strange jerky dances. To begin with, I advise you to familiarize yourself with the most famous album – Unknown Pleasures.
This band exists from the distant 1976 to this day, and it was this group that had a tremendous influence on the development of Russian post-punk and rock in general. Their discography is quite extensive, they moved from post-punk to derivative gothic rock, there are a few pop songs. However, they are rightfully considered to be one of the most advanced post-punk groups, but I would advise not to be limited to them in this case, but to listen to the entire discography, with each album the group grew significantly creative. And in this case, it is worth noting the image of the vocalist, Robert Smith, who gave originality to the group, is difficult to confuse with someone. Many consider him the father of gothic rock.
If you take all that is inherent in post-punk, raise to the absolute and add Susan Ballion to the female vocals, you’ll get Siouxsie and the Banshees. In the first part of the group was Sid Vicious himself – even before the Sex Pistols. Also at one time, “Susie and the Banshee” in the group played Robert Smith – the frontman of The Cure. SATB’s discography is quite extensive and interesting, like The Cure, they filled their albums with sound experiments, which does not lose interest because of the lack of diversity.
In my opinion, this is the most brutal post-punk. In black glasses and leather jackets. If the previous groups are united by melancholic melody, then here melancholy is brutal and tough. The composition of the group formed in 1976 changed several times, but the vocalist (Andrew Eldrich) remained unchanged, so the group has existed to this day, still playing powerful concerts.
An excellent post-punk band, which, as sometimes happens, was completely underestimated in its time, but it is also considered to be one of the best in this genre. Among their songs are both powerful and penetrative, and quiet and calm, in mood.
Also separately worth mentioning are two modern Russian post-punk groups that deserve some success. Of course, they are not legends, but they are popular in this genre. This is “Buerak” and “Motorama”. Buerak is quite a controversial project for many, but it’s difficult to deny its fame. Their songs are romantic, somewhat merry, and tragic in some ways. They tell the story of a fictional and far from ideal Russian inhabitant who is trying to materialize in life, which is very, very difficult. If we put aside critical thinking and take this rather strange text and quite good music at first sight, then you will understand all the hidden charm of Gully and return to their songs again and again.