What is a stylish record? 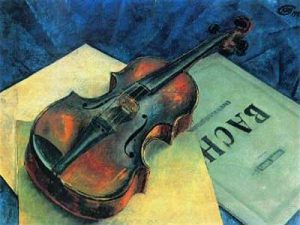 Sound recording already exists a sufficient amount of time for certain standards and foundations to appear in this area. The concept of “competent” recording may include various parameters of the exact sound transmission recorded. Compliance with existing standards is very important. This is determined by a sufficient degree of imperfection of carriers and other parameters of even the most modern technology of sound transmission, not to mention the fact that listening conditions, as a rule, leave much to be desired.
In addition to the technical parameters, of course, the musical and artistic side is very important. This concept already includes not only ensuring the accurate transmission of sound information, but also the creative work of both the musicians, producers, and sound producers.
Successful implementation of these two tasks (technical and artistic) makes it possible to evaluate the record as “good”.
A stylish recording is quite an ambiguous thing. Of course, this concept refers to the emotional side of the perception of the work. Few survived the style of the album, not to mention the whole project. I will mention a few examples that, in my opinion, relate to such: Prince (Prince), Sil (Seal), Jamiroquai (Jamiroquai), Gino Vannelli (Gino Vannelli). Unfortunately, stylish albums are rare enough, usually the spirit is enough for one – maximum three compositions.
Since the main creative tasks are set by the producer, and the musician and sound producer, each in their own turn, perform them, success largely depends on him. Every producer, starting a new project, is trying to create something perfect, whether it is a 100% new hit or a recording of a classic work. At first, an idea appears that is rather vague in terms of tasks and ways and implementation, but expressing as much as possible the emotional reaction that the final product should evoke in the listener. Then the development of a plan of action begins – it is desirable that all interested parties take part in it: the producer sets the tasks as a whole, the musician contributes his artistic ideas, the sound producer thinks through possible ways of implementing the proposed.
And only complete dedication of all project participants can give a decent result.
Certainty in each subsequent step gives more chances not to lose the original idea in the end result. The choice of premises, equipment required for recording, instruments for the performer, the selection of session musicians, if they are required, is not all.
To create the right atmosphere in the studio, warm enough and friendly, but at the same time as productive as possible in the work plan is the task of both the sound producer and the producer.
Technically impossible tasks in our time is almost gone. Computer programs and modern sound processing devices allow not only to decorate the signal originally received, but also to change it beyond recognition, which often does not work for the worse.
A striking example of this, I believe, is one of the last hits performed by American actress and singer Sher, “Do you believe …”, in which, with the help of autotune, the vocal part acquired brightness and color. Such an original approach to processing, in my opinion, fits the concept of “stylish writing”. Immediately I want to note the sense of proportion with which the method described above is used. This is not a correction of a party badly sung in the intonational sense – no, this is a special effect.
Good ideas in hits of foreign performers, of course, cannot pass unnoticed by our “pop idols”. The phrase “do me like u …” did not leave our studios and is unlikely to leave. Well, “do it like a …” is not a problem, but why turn a good idea into an absurdity? I mean in this case O. Gazmanov’s song “Fly away, I melt …”, where the autotune is used non-stop throughout the song, even in the third part, where the material, the nature of the phonogram, and the vocal presentation change – but not the processing that seemed to , and you forgot to turn it off … Retaining a sense of proportion is sometimes the most difficult task.
Fashion and style are not the same. Fashion passes, changes, and style remains.
But not only the use of modern technologies makes the recording stylish. An example of Lenny Kravitz is the best proof of this. His album “Circus” was recorded almost according to the technology of the 60s: tube devices, microphones and a remote control were used – and everything sounds lively, modern, but very stylish, like all his albums.
The recording of the album “Circus” was made on an analog 8-channel tape recorder, with the drums recorded on one track, no modern processing – but using the most commonplace techniques such as overload, delay, chorus or flanger, playing with the phase not only on mixing, but also when recording. For example, the main guitar riff in the eighth composition is clearly recorded by at least two microphones, and it’s difficult to talk about their phase compatibility. Unusual and very original sound of drums, strings and vocals in the seventh composition, where all of the above instruments are passed through a strange outlandish flanger.