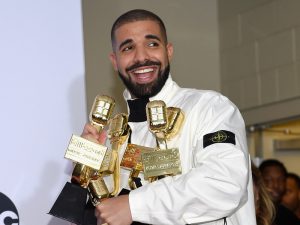 As sometimes happens, Drake’s symbolic infallibility cracked, and the fruit was an album that drastically lowers the listener from heaven to earth – nothing is more everyday and sobering than the stuffy, insincere dude who tries to put himself in a favorable light.
If I were offered to describe Drake’s “Scorpion” in one epithet, I would say that the disc is unfair, and at once in every sense of the word. This is probably the worst thing that can be said about the Drake album due to the niche it occupies in contemporary pop culture. There are three reasons for this:
1. What Drake sings about
In short, the main merit of Drake has always been that he was able to finally equip hip-hop (the most relevant musical genre on the planet) to the needs of the mass consumer, putting on his rails a medium of popular music. What does this mean? Rappers were traditionally listened to as exotic caricature eblanes – characters with whom it is impossible to associate themselves in everyday life, but with the help of which you can look into the extreme environment of violence and high stakes, making an escapism act from everyday life. Drake, in turn, read rap, sang Irenbi and played the traditional pop star – a handsome, honest with himself and others, self-aware person who can romantically and sensually sing about matters universally close to the consumer, thereby bringing poetry into his everyday life .
Not that Drake always managed to remain perfectly clean: when, for example, his main hit, Hotline Bling, thundered, much was written about the fact that the lyrics of the song are inherently rather intricate (it is). But the claims by and large never outweighed the arguments in favor of Drake – the fact that he can respond to presentations wittily and without too much aggression, is clean in public life, and in general, in fact, he sometimes writes punchlines no worse than underground artists who it is only for a living that they earn.
But, as you know, the Procrustean bed of pop pop music severely punishes anyone who at some point stumbled and did not fit into the socially approved norm, which the idol of popular music needs to be broadcast. Drake fit into the war with Pusha T, who combined in himself two dangerous qualities – he was a rapper in the traditional sense above, that is, he could throw almost any thrash without fear of disturbing the audience, and, unlike Drake’s previous opponents, was clever enough to hurt hurt. From his submission, it turned out that Drake has an illegitimate son, whom he hides from the public, which put his whole image as a shirt guy in question; comments on the Internet flooded hatred. In theory, Scorpion could fix and explain everything, but Drake did not have time to correct the material in two weeks, and the album was released, as was already said, fundamentally unscrupulous, and Drake himself was not presented with a smaller goat.
In principle, Drake always sang to himself, and the whole world around him (women, also friends, family and haters) served as fuel in the furnace of his incessant reflection. But the perspective was completely different – it used to be free from obligations and therefore not an entirely real person who is allowed to concentrate on himself. Now the perspective is different, and this is well illustrated by the example of the title single “God’s Plan”, where he sang that “he loves only his mother and his bed”. Then it was normal, now a reasonable question will arise for any sensible person – is he not in love with his son? Instead of broadcasting to the masses of sympathy, Drake always betrayed the depth of his soul self-centered samokopaniya; I never really liked it, now it looks awful at all.
The exception, perhaps, is only the track “Nice for What” – a surprisingly sensitive track, where not cool Drake is sung, but strong and independent women. In it, there is understanding and sympathy, even for such things (like unlimited love for instagram), which the modern man by his callousness condemns. This is the best track on the album, and it is significant that it does not fit into the volatile, like tar, atmosphere of whining and self-justification.
2. How the album was served
Anyone who has been following the streaming platforms lately knows that some musicians have begun to use the following tactics in order to increase the margin collection from their work – to release unbearably huge albums that some of the audience will listen to entirely and thereby bring an extra denyushka into the artist’s pocket. This is, in principle, a convenient strategy for someone who does not particularly value his reputation, but one should pay attention to the meaning that the album form has in modern pop culture. Since no one buys physical media anymore, and in general music is now listened differently, the album form is no longer natural. To a greater extent, it is a pledge of respectability, a milestone in the achievements of a musician, something that can be operated on, reasoning whether it is bad or good.