Questions and answers on musical vocals 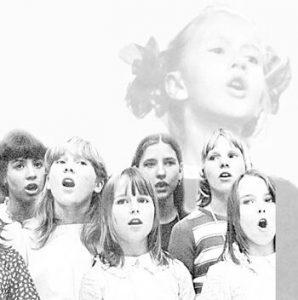 How fast can you learn to sing?
It all depends on your voice natural data. Usually, vocal training takes 2-5 years. But in fact, the improvement of the voice continues throughout life, if regular classes and training are held.
What stage of voice development is fundamental?
Starting period! Without laying the foundation, do not expect success. Expressing aphoristic, teaching in youth is stone carving, in old age drawing on the sand. The first vocal steps outline and consolidate neuromuscular coordination. If the initial coordination is flawed, then with further straightening, these connections do not disappear, but are only covered by new skills and recur in adverse conditions. Initial impressions often create shock associations, produce persistent conditioned reflexes at the subconscious level. Chaotic reflexes will cause voice problems even in the distant future.
Is it easy to master the basics of vocal technique?
If the voice is “delivered” from nature, then it is easy. But this is a big rarity. There are lucky people whose larynx is anatomically well built and organized for singing. They do not need special devices to move from speech to singing. For the majority, such a transition is associated with a search for laryngeal devices. Usually seize the voice for a long time, kind of blindly. And sometimes, bad sound is corrected by a small particular. For example, the performer forced a voice, but changed his type or realized the benefit for him with a breathy attack – and the tone became soft, melodious. It is necessary to correct the voice “respectfully” in relation to its nature.
What is important in learning to sing?
Each will respond in its own way, based on personal experience. Perhaps the main thing is the awareness of their own voice devices and performance capabilities. Know yourself is difficult. Everyone wants to meet the standard. But an awareness of one’s capabilities is required: what is beneficial for the voice, what performing styles are suitable for the nervous system. In technical terms, the most important thing for an “academic” is overcoming register fragmentation by mixing sound. That is, the development of an alloy of pectoral and head sounds, the balance of which is individual and variable in tessiture: the sound is higher – the timbre of the “smut”, the sound below – the timbre of the “infants”. Sound is the interaction of breath with the larynx. Defects of interaction: too tight closing of the vocal folds, their registered, not mixed way of working, lethargy or assertiveness of breathing.
Why do they study singing for a long time?
Not always long, although in most cases. Achieving and securing a culture of vocal sound usually takes a long time. The vocalist does not see his own “keys” and in the search for technical development is often mistaken, he is corrected blindly for a long time. Capricious vocal technique, but it is only a means. A singer must be a competent musician, an expressive artist. This is also a long study.
Can you learn to sing from books?
Practice learning to sing. Learn to sing from books – learn to swim on the shore. But competent books convey experience, help to realize voice problems, promote independent work of a singer, reduce training time. If a student does not know how to work independently, or even a trained vocalist does not realize his technique, then, having encountered new singing difficulties, they easily lose their vocal form.
Are there any secrets to learning to sing?
Mystical no, there is the unknown. Students need vocal skills, performance, talent. Even – luck. Sing according to the nature of the voice! If the individual properties of the voice and nervous system are called “secrets”, then they exist.
What are the features of learning amateur singers?
Amateurs engage voluntarily and outside the strict standards of vocational training; meaning: age qualification, terms of study, professional perspective, technical requirements, the coverage of musical styles, a clear correspondence of the academic or folk manner of singing. The repertoire of amateurs should be both educational and concert at the same time, in order not to reduce interest in classes, not to hope for success only in the distant future.
What genre is convenient for the first steps of learning?
The most vocal folk song. Born in voice, she went through the natural selection of many generations. In addition, it can sound accompanied by different instruments (bayan, guitar, balalaika, tambourine, spoons, etc.) and without them, which is convenient in self-study. Pop songs are not all suitable for training an academic singer. Often they are written without taking into account vocal values: timbre, smoothness of voicing, convenience of tessitura. Many of them are incompatible with bel canto singing, leading to imitation of artists whispering or screaming in front of a microphone.
Does breathing work outside of singing?
Training singing breathing outside of singing is usually not recommended. All parts of the voice system work closely together. In isolation, they work on breathing rarely and by decision of the teacher.