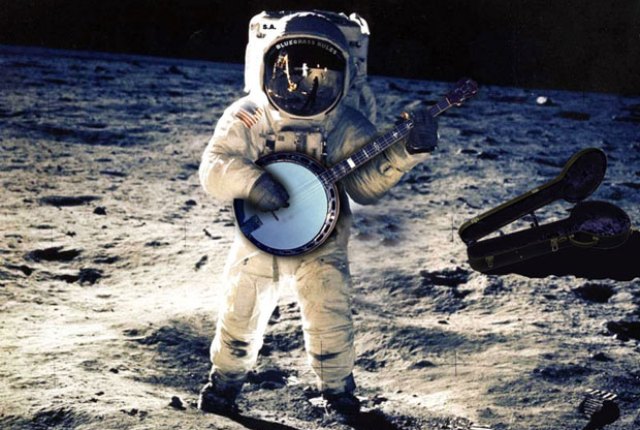 WHAT IS BRASS CULTURE, AND WHY THE ORCHESTRA PASSES 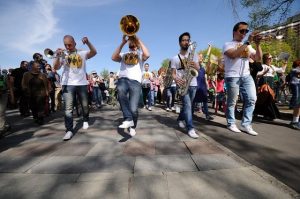 No, this is not a breaststroke swimming culture or even a sect of swimmers-brassists. Brass is the most popular direction of brass music, which is performed by orchestras consisting only of brass instruments, as a rule, complemented by a percussion section. However, this music can be called quite conditionally – the breaststroke appeared in the middle of the last century, but in Russia it has not yet found wide distribution. The etymology hints at the meaning of the word: from the English word “brass” – “brass”, an alloy of copper with zinc or tin, from which some wind instruments are made.
That is, if you replace all the instruments in the composition with wind instruments, you get a breaststroke? Simply put, yes. Brass is a genre originally oriented to the performance of works intended for another set of instruments, but with the growth of its popularity, composers began to write specifically for brass ensembles. Today, groups are not limited to frames and canons and perform their own author music on wind instruments. Brass bands are even called “walking orchestras”: like medieval minstrels, they can easily improvise in the crowd at some celebration or procession.
This is the main message laid in the heart of the breaststroke – a holiday, carnival and unrestrained fun. Who said that brass bands are strictly and classically boring? In any case, obviously not the brass bands: they easily prove that not only classics or military marches can be played on wind instruments, but anything from latin to techno and house.
Although few people still know about breaststroke, the idea is far from new: the first pieces for brass ensembles were created during the time of the Italian Renaissance. True, then for almost three centuries they forgot about this genre of music, and he began to raise his head only in the middle of the XIX century – for example, the French composer Berlioz actively used brass. She put a hand on the development of not yet a breaststroke, but his predecessor and Russia: four works by Russian composer Victor Ewald are considered the first compositions for the brass quintet.
In the XIX century, the progenitors of the modern brass can be traced in three directions at once – these are brass bands of Britain, Balkan folk music, which, under the influence of Turkish orchestras, began to be performed on brass brass, and a mixture of European and African traditions in the music of New Orleans. The same music that came to America from West Africa and was the beginning of jazz, logically predetermined the breaststroke.
But the birthplace of the breaststroke in its modern sense, as usual, has become the United States. It was there that in the second half of the 20th century, under the influence of the same New Orleans jazz, brass quintets with a classical composition appeared – two trumpets, a French horn, a trombone and a tuba. The first brass ensembles were formed from participants in the Chicago Symphony and the New York Philharmonic Orchestras, which hints as if the repertoire was very classical.
However, it would be very rash for us to consider brass as a novelty: for example, the Karelia-Brass Petrozavodsk ensemble, which has been performing so far, was created back in 1973. It would be more accurate to say that now brass culture in Russia is reaching a new level – and it is very different from the traditional brass quintet. This is not even a quintet: modern brass ensembles can consist of seven and eleven people who do not necessarily play only the wind – some of today’s brass teams even have vocals.
However, not everyone is so far from tradition. For example, the famous English ensemble “London-Brass”, who performed in Yaroslavl at the Yury Bashmet International Festival in March 2017, fully complied with the canon: musicians in costumes and ties played neatly Giovanni Gabrieli, a 17th-century Venetian composer. And although the element of extravagance in the face of the hits of the Queen group in their program nevertheless was, on our brass teams, famously trumpeting Leningrad in multi-colored costumes, the British have little resemblance.
Now the largest event in Russia promoting brass culture is the Festival of Walking Orchestras, which was first held in 2013 in the Moscow Park Museon. In 2017, in the garden named after Bauman, the festival dedicated to Victory Day thundered for the fifth jubilee time. Each time the event brings together leading brass bands, who, as a rule, appear here year after year.
“MosBras Orchestra”
“The most incendiary and insane brass band”, as the musicians call themselves, became the ideological inspirer of the festival and one of the legislators of the Russian brass movement. Eleven people playing winds and drums do not recognize any frameworks or established genres – from them you can hear classical jazz, jungle, and drum and bass. From here and a variety of actions on which they act: from “Picnic of the Poster”