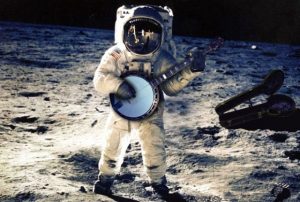 For several years now, Bring Me the Horizon hasn’t cut metalcore, and Valentine Strykalo hasn’t released daring songs about Sergei and eyebrows. In the musical environment, creative changes are constantly taking place – musicians are experimenting with sound and ideas, and increasingly prefer electronic music. And this year has become especially significant.
Of course, it is difficult to immediately get used to the fact that the favorite band suddenly starts to play something completely new, without being too interested in the opinion of especially devoted conservatives. Not everyone likes change. The performers are also difficult: you need to withstand a barrage of angry reviews and defend the right to “other” music. But whether this is a commercial move or a desire to develop is another question.
What groups have changed the genre, how the musicians’ creativity has been updated and what the fans think about this – the Subculture portal has figured out. We have selected for you the 5 most unexpected releases of 2017. Listen filed!
There was hardly any dispute over the early Dorn: a couple of years ago, at the mention of a musician, the respectable public could well imagine music that plays in minibuses and at school discos – corrosive, faceless, frankly producing. “Pops” in the most negative sense of the word. Of course, Dorn remained a pop musician, but now his pop music has become pretty smart, fully revealing the talents of the artist – now he is experimenting with jazz and funk. And now these experiments can be assessed: this year, the Ukrainian singer released two records at once, surprisingly unlike his past work.
The album “Jazzy Funky Dorn”, which was released in February, was the first jazz longplay by a former member of the “Normal Couple” group. The album contains 14 tracks from old releases, but with jazz arrangements. For the musical component is responsible not only the usual five Dornobanda – drums, guitar, bass, synthesizer, DJ – but also a duet of violins and pipes. Just imagine “Shtytsamena” to the anxious accompaniment of bowed!
This is a live album, and therefore we will not find studio nuances of the sound there. However, lovers of Dorn and those who are tired of commercial and monotonous “tyts-tyts-tyts” motifs with selected hooks, listen to it.
But the April album “Open the Dorn” was the first English-language album Dorn. With it, he planned to conquer the West and get a Grammy, which, unfortunately, did not happen. Recording a longplay was a whole adventure: Dornoband specially left for Los Angeles to pull up the language and understand the musical environment of America.
As a result, “Open the Dorn” includes 12 funk, disco, hip-hop and jazz tracks. The rhythm of the songs turned out to be broken – to dance under such a Dorn, you have to adapt yourself. The singer intentionally complicated the music: for those who want to reflect on the melody.
Fuzzy pronunciation, howls with hoarseness and an abundance of sound effects – behind this you can hardly hear the saxophone and bass parts. And the texts came out unpretentious: about girls, parting, money and again about girls.
The new Ivan Dorn was perceived with a bang, and the audience of the Ukrainian performer was replenished with fans of funk and hip-hop. Fans of the singer believe that this album is a creative rebirth. But note that it lacks radicalism. But among the foreign critics, the “Open the Dorn” experiments did not find a response, so long as the conquest of the West does not move from a dead center.
In the new album “Dream Machine”, the Kaulitz brothers group has moved away from rock and pop rock sound. Now they try themselves in synth-pop – the genre of electronic music, which appeared in the late 70s. The synth-pop is dominated by the synthesizer, but it does not imitate the sound of real musical instruments, but focuses on mechanical rhythms and multiple repetition of the elements of the composition.
In some magazines “Dream Machine” dubbed “retroelectro.” Interesting combination of synth sounds of the 80s and samples in modern processing – new songs are saturated with a set of effects in vocals that create an echo and make the voice electronic, almost artificial.
The music of Tokio Hotel has become danceable, they have moved away from the teenage depressive lyrics of early work. The album is dedicated to the relationship of past and future, the search for oneself and the only chance for life. But youthful dreaminess did not go anywhere – the title song “Dream Machine” hints at this, and the composition is about heavens of cotton candy color “Cotton Candy Sky”.
The album received a rating of 3 out of 5 in the Allmusic online music database. Fans from 10 to 30 years agreed that the past Tokio Hotel and the real ones are equally good. Perhaps because the band has never played hard rock, and their transition to synth-ass did not turn out to be some kind of a coup. But, of course, it was not without the Conservatives, who consider the group’s renewal a shameful admiration for fashion.