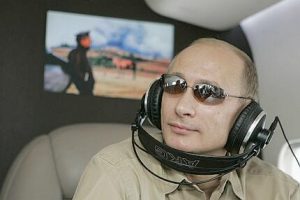 The task of the sound engineer, together with the composer and performer, is to create a sound image and transfer it to the listener with the help of sound recording, sound amplification, broadcasting, soundtrack of cinema and television, etc.
Various directions of modern acoustics are involved in the problems of origin, transmission and perception of sounds, one of which is musical acoustics, which studies the creation of musical sounds (acoustics of musical instruments, acoustics of speech and singing, electroacoustics); transmission of sounds (architectural acoustics, sound recording, amplification and broadcasting, etc.) and sound perception (psychoacoustics – acoustics of hearing).
At the end of the 20th century, it was psychoacoustics that came to the fore. The scientific and technological revolution has opened up fundamentally new possibilities for working with sound, including using computer music technology. It served as the basis for the powerful development of the audio industry, creating new means of transmitting spatial audio information: digital broadcasting, television, sound recording, etc. At present, fundamental progress has been made in how to make recording, transmission and reproduction of sound equipment. However, the final judge of this process remains the auditory system, and the principles of recognition of the auditory image by it are not yet fully understood. That is why this science is now focused on and means.
The main tasks of psychoacoustics are to understand how the auditory system deciphers the sound image, to establish the basic correspondences between physical stimuli and auditory sensations, and to identify which parameters of the audio signal are most significant for transmitting semantic (semantic) and aesthetic (emotional) information.
This is fundamentally important both for the further development of audio technology and for musical art in general (performing arts, improving musical instruments, developing computer musical synthesis, etc.) and especially for sound producers, since an understanding of the processes of formation of the subjective “auditory space” is necessary base of their creativity.
1. The mechanism of the auditory system
A sound signal of any nature can be described by a specific set of physical characteristics: frequency, intensity, duration, temporal structure, spectrum, etc. (Fig. 1). They correspond to certain subjective sensations arising from the perception of sounds by the auditory system: loudness, pitch, timbre, beats, consonance-dissonance, masking, localization-stereo effect, etc.
Auditory sensations are ambiguous and non-linear with physical characteristics, for example, the volume depends on the sound intensity, on its frequency, on the spectrum, etc.
Even in the last century, Fechner’s law was established, which confirmed that this connection is non-linear: “Sensations are proportional to the ratio of logarithms of the stimulus.” For example, sensations of a change in loudness are primarily associated with a change in the logarithm of intensity, height – with a change in the logarithm of frequency, etc.
All the sound information that a person receives from the outside world (it is approximately 25% of the total), he recognizes with the help of the auditory system and the work of the higher parts of the brain, translates into the world of his sensations, and makes decisions about how to react to it.
Before starting to study the problem, how the auditory system perceives the pitch, let us briefly discuss the mechanism of the auditory system. In this direction, many new and very interesting results have now been obtained.
The auditory system is a kind of information receiver and consists of the peripheral part and the highest parts of the auditory system. The most studied processes of conversion of sound signals in the peripheral part of the auditory analyzer.
Peripheral part
– it is an acoustic antenna that receives, localizes, focuses and amplifies the audio signal;
– microphone;
– frequency and time analyzer;
– An analog-to-digital converter that converts an analog signal into binary nerve impulses – electrical discharges.
2. Usually, the peripheral auditory system is divided into three parts: the outer, middle, and inner ear.
The outer ear consists of the auricle and the auditory canal, ending in a thin membrane called the eardrum. External ears and head are components of an external acoustic antenna that connects (matches) the eardrum to an external sound field. The main functions of the external ears are binaural (spatial) perception, localization of the sound source and amplification of sound energy, especially in the mid and high frequencies. The auditory canal is a curved cylindrical tube with a length of 22.5 mm, which has a first resonant frequency.