What is an equalizer? 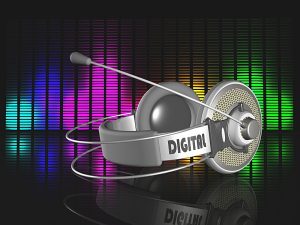 Equalizer (English equalize – “equalize”, the general abbreviation – “EQ”), timbre is a device or a computer program that allows you to increase or decrease the volume of individual zones of the frequency range, equalize the amplitude-frequency characteristic of the audio signal, that is, correct it (signal) amplitude selectively, depending on the frequency.
Born in the 30s, the equalizer is the oldest and most commonly used sound engineer for sound processing. Today, the market lacks a variety of instruments for timbre correction – from a simple low-frequency treble corrector of the 50s to a sophisticated multi-band equalizer with perfect parametric. Basically, the equalizer is a few electronic filters that allow you to change the amplitude-frequency response of the sound device. Over the past half century, the circuitry of equalizers has improved tremendously, seeking to satisfy the increased demands of the audio industry.
First of all, the equalizers are characterized by the number of adjustable frequency filters (bands). Initially, equalizers were used in accordance with this definition: during the time of the first recording experiments, the studios were equipped with low-quality microphones and loudspeakers that distorted the original material, and an equalizer was used for its frequency correction. Today, however, the equalizer is a powerful tool for producing a variety of timbres of sound.
The processing of a sound signal through an equalizer is called “equalization” (Equalization).
Equalizers can be found in both home and professional audio equipment. Equalizers are included in many computer programs related to sound reproduction and / or processing — various audio and video players, editors, etc. Many electromuscular instruments, instrumental combos, and effects pedals are also equipped with equalizers, although less functional.
Equalizer – the most used device in the audio industry. Only by understanding its essence, the audio engineer can competently manage it and get the result he achieved. The key to understanding the essence of timbre correction is understanding HOW to achieve the result you want. It is equally important to know the features of the microphones used or possible problems associated with their placement. The equalizer is not a panacea, it does not know how to correct errors – it only helps to highlight the signal with which you will work further. He copes with the task of cutting off the unnecessary much better than with the task of extracting something from the signal that does not exist in it.
Types of equalizers
There are two main types of multiband equalizers: graphic and parametric. The graphic equalizer has a certain number of adjustable frequency bands, each of which is characterized by a constant operating frequency, a fixed bandwidth around the operating frequency, and a level adjustment range (the same for all bands). As a rule, the extreme bands (the lowest and the highest) are “shelving” type filters, and all the others have a “bell-shaped” characteristic. Graphic equalizers used in professional fields usually have 15 or 31 bands per channel, and are often equipped with spectrum analyzers for easy adjustment.
A parametric equalizer provides much greater possibilities for adjusting the frequency response of a signal. Each of its strip has three main adjustable parameters:
– Central (or operating) frequency in Hertz (Hz);
– Q-factor (the width of the working band around the center frequency, denoted by the letter “Q”) is a dimensionless quantity;
– The level of amplification or attenuation of the selected band in decibels (dB).
Thus, the user can much more accurately select the desired frequency and more accurately adjust it. Analog parametric equalizers are quite rare and have a small number of adjustable frequency bands. However, advances in digital audio signal processing contributed to the emergence of digital parametric equalizers with an almost unlimited number of adjustable frequency bands. Very often, parametric equalizers can serve as one of the processing units of digital acoustic processors. Moreover, digital parametric equalizers often have additional band parameters, such as filter type, curve character, etc.
There are mixed-type EQs that can be found in mixing consoles, where, for example, low and high frequencies are adjusted according to the “shelf” type graphic equalizer, and between them there are two semi-parametric bands (without Q-factor adjustment).
Also, there are hybrids, called “paragraphic” – this is an equalizer of a graphic type with a quality control.