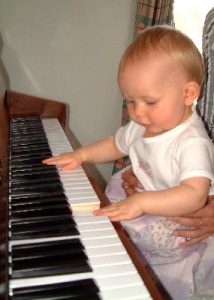 The singing voice is the most subtle musical instrument. A large degree of emotional impact is explained by the fact that both aesthetic and semantic information affect a person’s mind and feelings, the latter being distinguished, as a rule, also by a high artistic value, if outstanding poetic works are chosen for it.
The physical data of singing voices include, first of all, high-altitude (frequency) and dynamic ranges. The altitude range is usually less than two octaves, and dynamic – 35 dB. The timbre properties of a singing voice are determined by the composition and intensity of the overtones. According to the frequency range, there are three main groups of female voices, three – male and two – children’s.
Voice type Frequency range, Hz
Soprano 262 … 1318
Mezzo-soprano 220 … 1048
The contralto 175 … 784
Tenor 131 … 587
Baritone 110 … 440
Bass 82 … 398
Discant 254 … 880
Alto 196 … 598
In the spectrum of voices of singers who have undergone serious musical training, a peculiar distribution of harmonic intensity (overtones) was found. There are at least two frequency regions, two groups of overtones that define the singing qualities of voices and are called singing formants. Depending on the numerical values ​​of the frequencies of singing formants, there are types of male and female voices. Male voices are characterized by a low formant region – frequencies of about 300 … 600 Hz and a high formant region – frequencies of about 2.5 … 3 kHz. In female and children’s voices, the formant regions are located in frequency slightly higher.
Low formant gives the male voice a kind of massiveness, power, high – a special feature, called musicians flight, “wear”. The vocalists designate with these words the ability of a singing voice to be transported into the distance, to block the sonority of the orchestra accompanying the singer, to reach the audience. Especially this property is necessary for operatic singers. An orchestra located in the opera house closer to the audience should not interfere with the perception of solo singers located farther from the audience on stage. Flying, “carrying” voice – not necessarily loud. It happens that a strong, “thunderous” near voice is not heard in the large hall. On the contrary, it would seem that the small voice of the singer is well heard in the distance.
The explanation of the reasons for flight, voice wear was first given by the outstanding acoustics S. I. Rzhevkin. This idea was developed by his students E. A. Rudakov and D. D. Yurchenko. They showed that this property is inherent only to those singers whose voice has a well-developed high formant.
It is easy for a singer who possesses it to master excellent diction, he is well heard in the large hall. With her voice – bright, sonorous, without her – deaf, dull. The physiological reason for the flight of a voice is that the frequencies of high formants fall within the region of greatest sensitivity of hearing. In female voices, high singing formant plays a less important role than in male voices. The spectra of soprano or mezzo-soprano are already rich in high-frequency components and, therefore, have a flight. But the male voices high formant is needed.
Musical instruments, even those that do not create high acoustic power, also have flying sound. Such, for example, are the violins of the great Italian masters Amati, Guarneri, Stradivari.
Modern research methods allow us to estimate the flight and express it numerically. The measurement scheme includes a “white” noise generator, a tape recorder with a phonogram of the studied voice, a mixer with level controls, a loudspeaker (or headphones) and a sound meter (or a level meter). Noise and signal are fed to the loudspeaker (headphones) through the mixer.
The “white” noise represents, as it were, a sound veil through which the singer’s voice or the sound of an instrument must penetrate. The noise level is kept constant, for example 80 dB, and the signal level is gradually lowered until the voice becomes barely audible against the background of the noise.
The difference between the noise levels and the useful sound is called the coefficient of flight, wear. For good singers it is equal to 25 … 30 dB, for amateur singers it is 15 … 20 dB. If you cut a high singing formant from a good, “ringing” voice with a filter, the coefficient of flight will drop from 25 … 30 dB to 12 … 15 dB.
A good singing voice is produced by many years of study. The development of sound amplification technology brought to the concert stage a variety of “microphone” singers, sometimes with a spectacular appearance and able to hold themselves freely to the audience, but not bothering themselves with vocal studies or not having basic natural data. In order to make the sound of their voice somewhat acceptable, they resort to peculiar “voice prostheses” which artificially form some sort of singing formant.
A special performance technique is vibrato. Vibrato – the result of periodic changes in the intensity, frequency and spectrum of sound. In string griff instruments, a periodic change in frequency (height) is achieved by rocking the finger on the fingerboard, while in singing, the action of the vocal apparatus developed by the exercises.